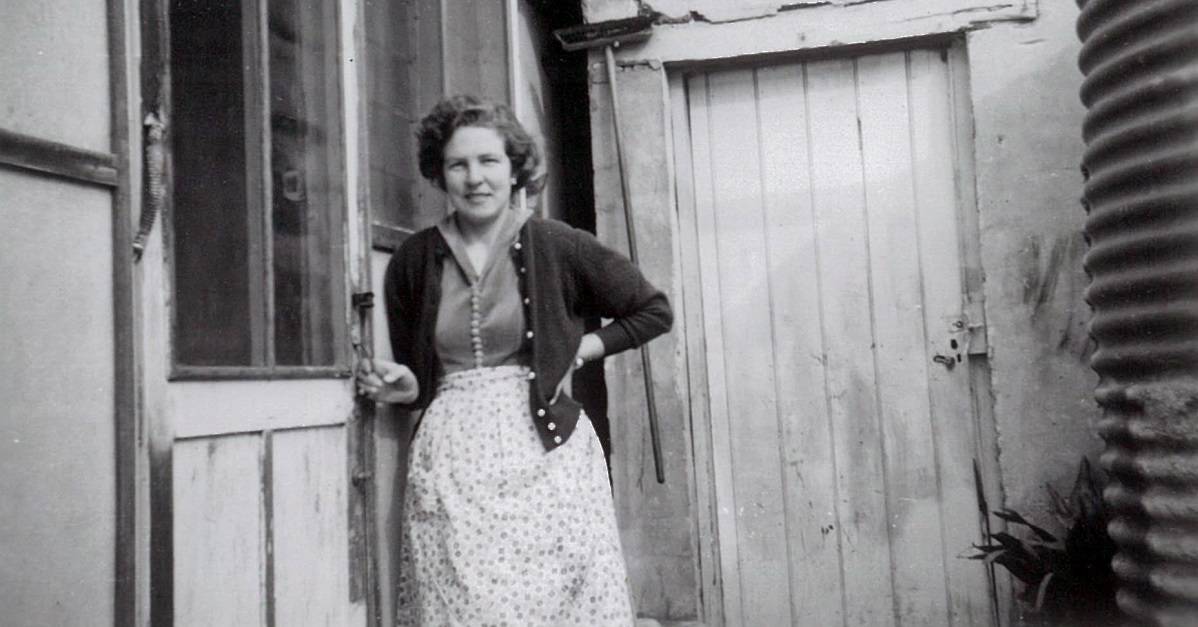 This is the story about the woman who helped me become a lawyer. The woman who showed me the work I do in estate planning is a valuable and vital gift to my community.

Earlier this year the death of my Nana hit me hard. She was one of the most important women in my life.  I keep a photo of her on my desk to remind me that I want to be more like her.

My Nana showed me that time is our greatest asset, and choosing kindness helps us to cope with whatever life throws our way.

Before I tell you her story, I should probably let you know that strictly speaking Nana wasn’t my Nana at all: she was actually my Great Aunt, but we gave her the title Nana in honour of all the love and care she showered us with.

Over 20 years ago, Nana offered to spend time with my kids Lily and Oliver so that I could go to netball training, and later to law school. She became my friend, my confidante and the best Nana imaginable for Lily and Oliver. She took care of me and I took care of her: so we called her Nana.

Nana was not immune to hardship. And her life was probably not as simple as she made it seem, but she radiated nothing but kindness. She did not dwell on the mistakes that people made and she made everyone who spent time with her feel seen and understood. 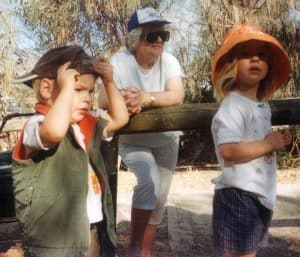 Nana embodied kindness in every aspect of her life: by taking care of her family and her community. She devoted her life to helping others and always put her own needs second.

And when it came to talking about her final wishes, Nana thought she was doing us all a favour by sparing us from those tough conversations. But the sad truth is that by doing this she inadvertently caused the things she hated most of all: conflict, sadness and confusion for the people she loved.

Nana had always been reluctant to talk about her will. Partly due to superstition, partly in an effort to avoid the heartache of hard conversations, and partly because she believed wills were men’s business: she had made a will with her husband in 1989 and as far as she was concerned, that was that.

As a bright-eyed young lawyer, I tried to coax my Nana to review her estate plan. I remember raising the subject with her while we were cleaning the bathroom. Not a chance: the conversation was shut down as soon as it started.

The funny thing is, Nana did her fair share of coaxing too. Nana wanted me to bake. She nearly got me to bake her apricot jam cockles - my all-time favourite - but I was a busy young lawyer, and I said “I don’t have time for that.” So Nana let it drop but continued to make batches of cockles for me with “just the right” amount of jam (you know what I mean!).

Towards the end of 2018 my Nana was no longer able to bake because she couldn’t stay on her feet for long. When I noticed that she was starting to slow down, I put a deal on the table: I would learn how to bake her apricot jam cockles if she promised to think about her own estate planning.

Of course Nana won. I did learn how to bake cockles but she continued to flatly refuse to review her will. 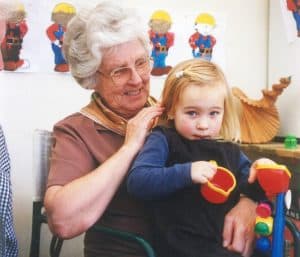 She said that she wanted to stick with her husband’s estate plan and that was the end of it. Nana’s will was a simple “Mum and Dad will” where she appointed all of her children as her executors and beneficiaries in equal shares.

Soon cockle-baking and will-reviewing were equally off the menu. My Nana spent the last two years in a nursing home before moving into palliative care. I stayed by her side for days and Nana died a couple of hours after I left to go back to work following the Christmas break. Touché Nana.

The aftermath of Nana’s death was a perfect example of why it’s so important to have those tough end-of-life conversations.

Because Nana had not stated her funeral wishes in her will, this decision was left to her co-executors, who in the pain and loss of her death were not able to see eye to eye. Each executor planned a different funeral, based on what they thought Nana would have wanted. I won’t go into the detail but you can imagine how that turned out.

I don’t believe Nana got the funeral she would have wanted. But of course that’s only my view. What did Nana want? Well, the truth is that none of us will ever know. But we would have known - and so much sadness and conflict would have been avoided - if she had only agreed to review her will.

I know that my Nana’s death does not define her, but I do wish for better. And I’ve found my own ways to remember her. I bake cockles with my kids (you always knew she was going to win, didn’t you?) And I established Your Estate Lawyer to help people make sound estate plans: so that their families stay friends after they die. 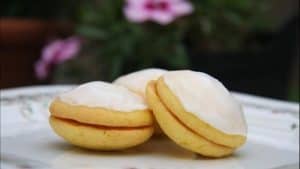 Over a cup of tea and a homemade cockle we can have those hard but brave conversations - like:

I know that death is hard. It’s heartbreaking and awful and desperately painful. I understand that it’s hard to talk about. But if there’s one thing my Nana taught me, it’s that being polite, not causing trouble and avoiding the hard conversations makes death even harder in the long run.

Oh and she also taught me how to bake a mean cockle - with just the right amount of jam.

PS Nana always kept her cockle recipe in her head, but if you want the next best thing see Liz Harfull's recipe here.

Book An Appointment
Scroll to Top